Have you ever wanted to know why your favorite independent artist got into music? What artists her or she listen to non-stop growing up? Or better yet, who they're listening to now?

Look no further - "Music from the Couch", born out of my Instagram Live chat "Songs from the Couch", is a new podcast I'll be hosting beginning April 6th. I'll talk with musicians, singer/songwriters, producers, and all around badasses in the independent scene. Join me each week as we deep dive into the songs that made and continue to make musicians who we are. 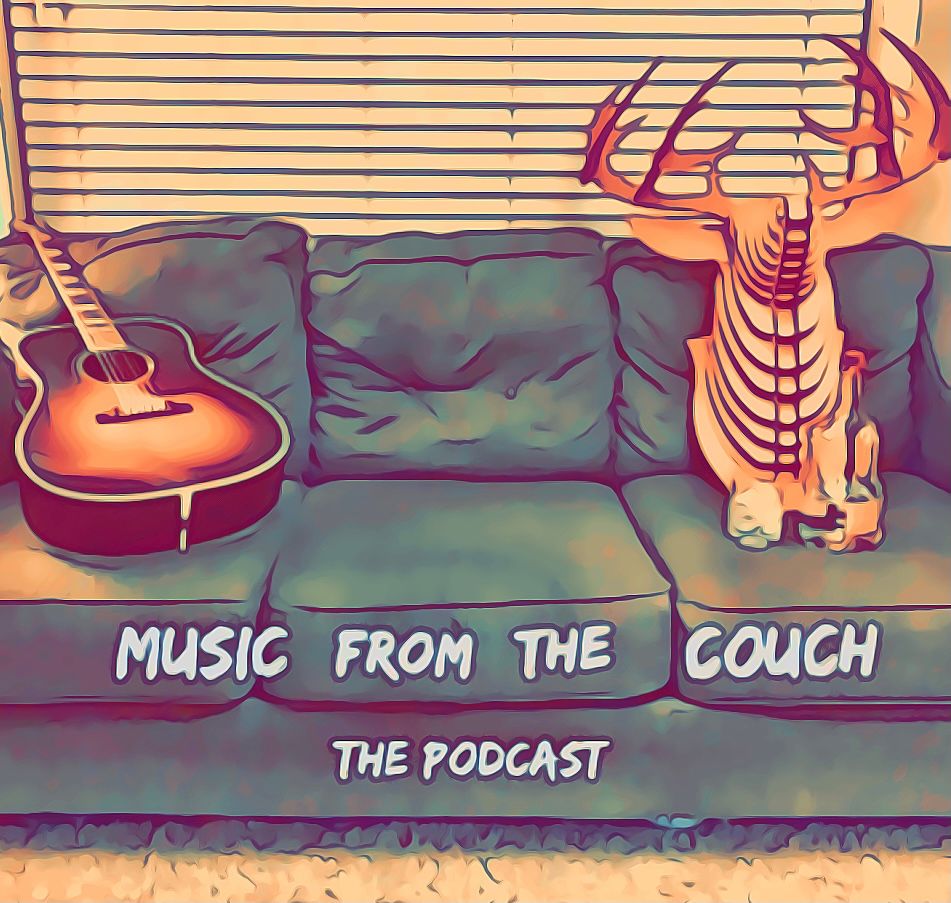 NEW MUSIC: "Made Me A Man" Available Now!

Todd's latest single, 'Made Me A Man' is available now on iTunes and Spotify. Check it out now and share with your friends! While you're at it, make sure you take a listen to Todd's other July singles, 'Because of You' and 'If You're Not In It'.

"'Made Me A Man' is a pretty meaningful song to me. I started writing it about my oldest daughter, which then turned into a song about 3 events in my life that shaped who I am today. The 1st verse is about the death of my grandfather. The 2nd verse is about the day my father, who is a police officer, was shot in the line of duty and the months of repair that came after. The 3rd verse is about the birth of my oldest daughter, also the original 1st verse. The album art to me, is the shining moment of this song. I was at home in Indiana looking through photos and found the picture that is now the cover art.

The story behind it: It's a picture of my mom, taken by her friend, during the 1st date between her and my dad. She's sitting shotgun in his mustang. I started to write a song to go with the photo and then realized the photo would be the 4th important life event that made me a man, my mother and her raising me.

While this song is very specific, I feel like anyone can relate to it. We all have those moments in our lives. I hope you agree and can relate to 'Made Me A Man'. I still get emotional every time I sing this song and always will. Cheers! Thank you and enjoy." - Todd 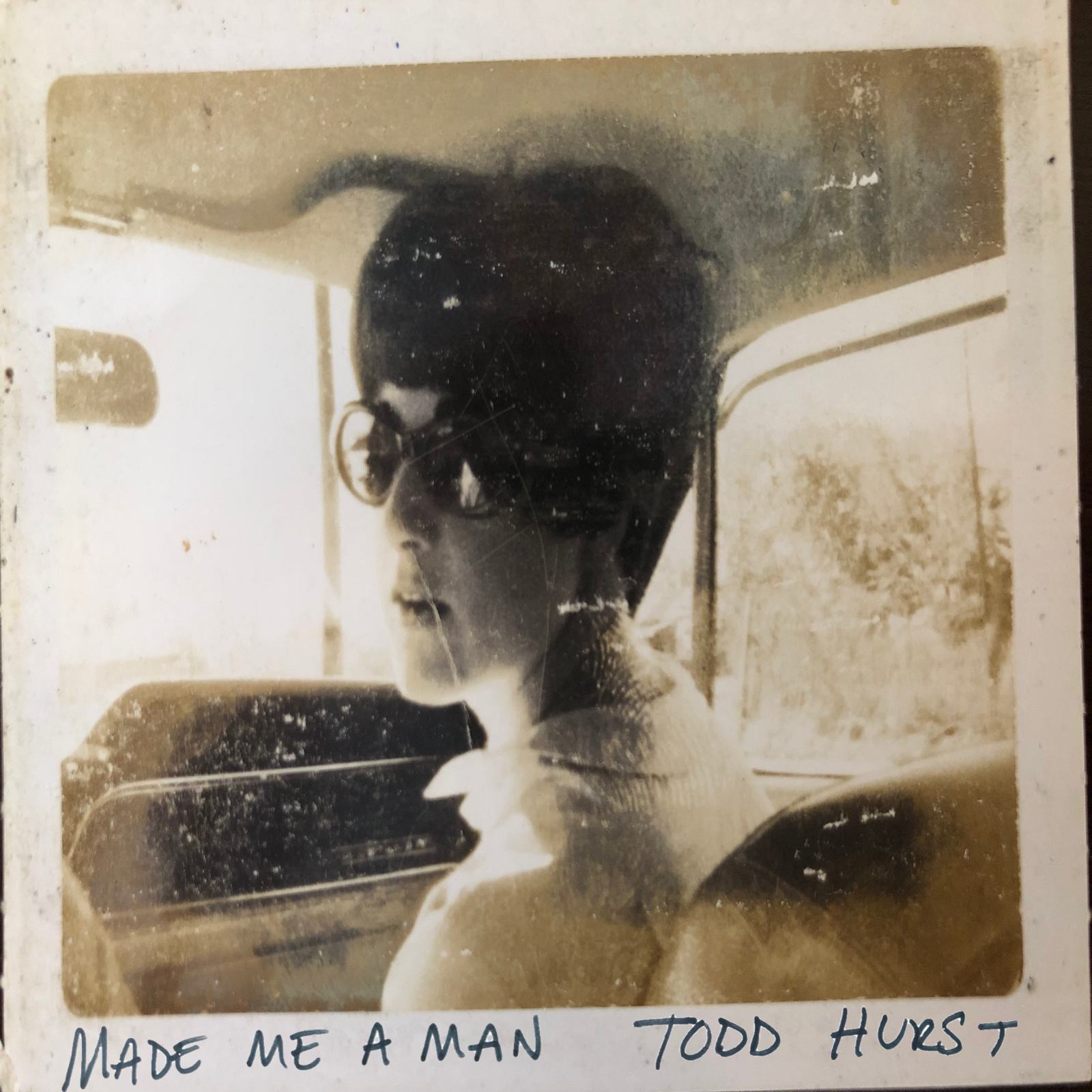 NEW MUSIC: 'Because of You' Available Now!

Todd's latest single 'Because of You' is available now for download and streaming at Apple & Spotify. Follow the links below, add the song to your playlists, and share with your friends. Don't forget to check out Todd's freshman EP 'Doin All the Wrong Things Right' and 'If You're Not In It' as well. Enjoy! 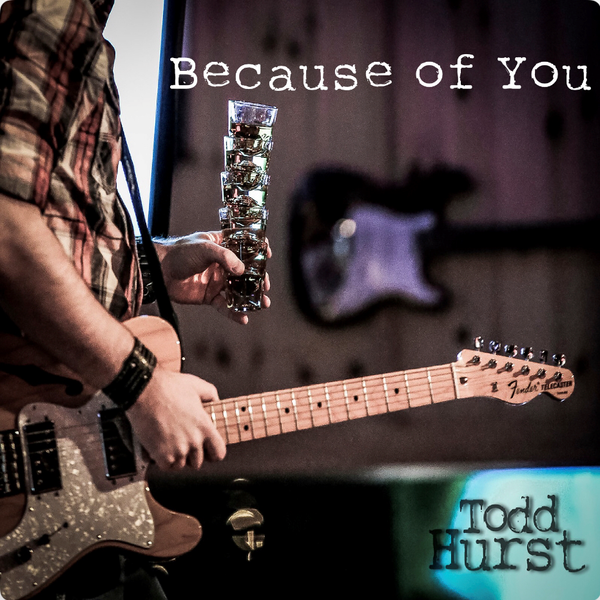 New Music: “If You’re Not In It” available now!

Todd’s latest single “If You’re Not In It” is available now at all streaming sites below. You can also purchase a digital copy at iTunes here. 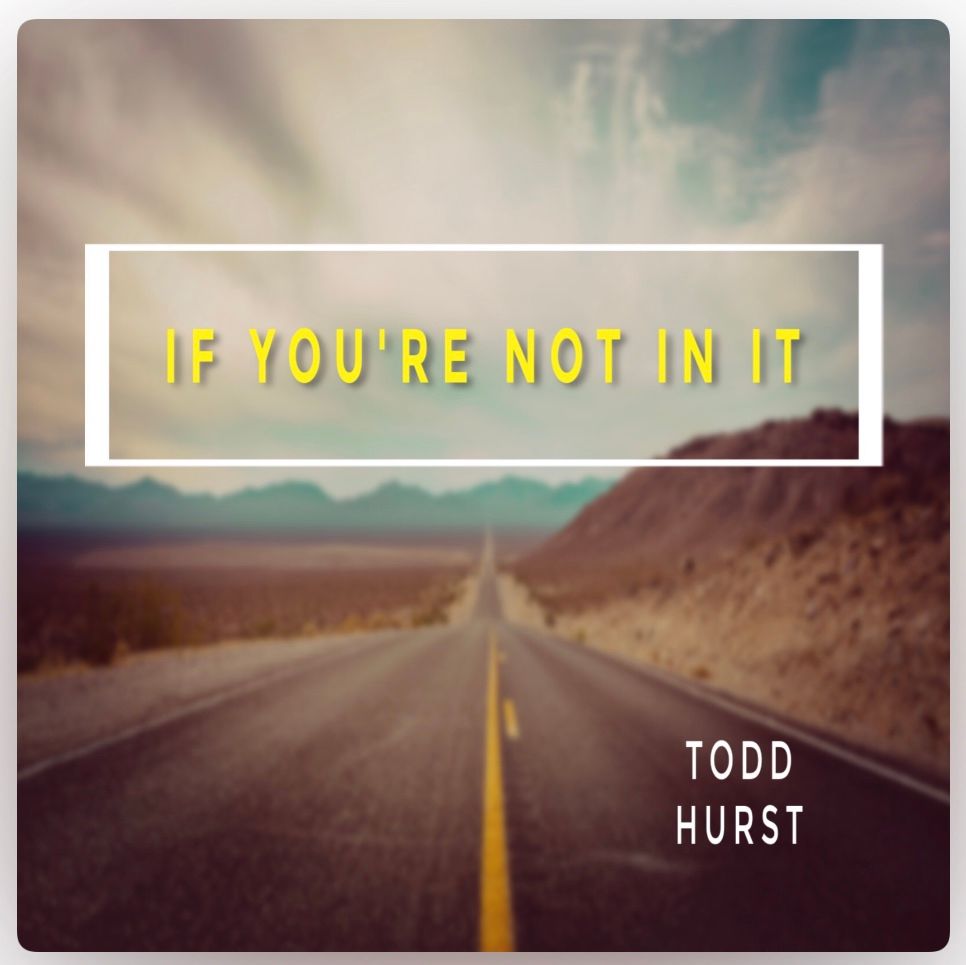 Todd has been selected to be a part of the Twin Cities Summer Jam Pepsi Rising Star contest. The contest is being held at the Mall of America on Saturday, June 29th at 1:00PM. Todd will be playing with 5 other great artists, covering rock, pop, and country, include good friends Briggsy & Erin Grand. One winner from each group will be chosen to perform at the Twin Cities Summer Jam in mid-July at Mystic Lake Casino.

For more information, check out www.tcsummerjam.com and make plans to be at the Mall of America on Saturday! 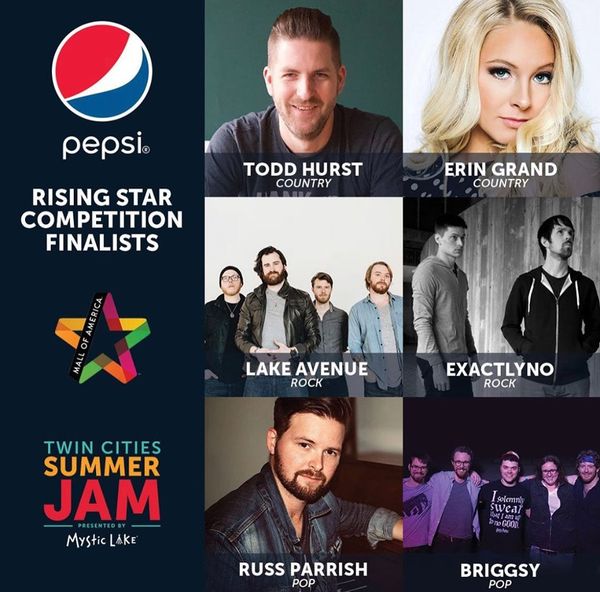 Happy new year everyone, I hope you had an amazing 2018. 2018 was a great year for me, full of friends, family, fans, shows, and new music, which I want to share with you.

Last week we grabbed some video of 2 new songs that you will have access to in 2019 and I just couldn't wait to share them with you now. So head over to the THTV page and check out Johnny & June (a love song) and Because of You (not so much of a love song). While you're at it, check out the other videos and be sure to check out my YouTube channel and subscribe so you can be notified as new videos are added. 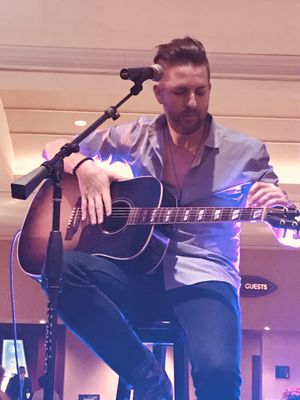 Update from the Studio 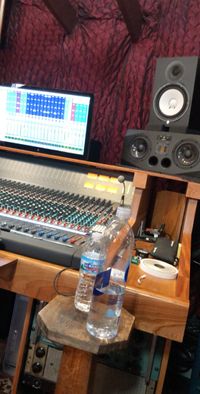 Happy Holidays all! I hope every is enjoying the final days of 2018. It's been another year for the books. I've been laying low lately and working on some writing and preparing for 2019 and on. Part of that preparation is more music for you, because you deserve it!

I spent this past weekend at Drum Farm Studios in Menonomie, WI (did I spell that right?) with John Richardson and we finished vocals on two songs and started work on a 3rd song. I can't wait to share this music with you. I wish I could now and just might. You can head to my social media pages to catch a snippet of a new song called "Johnny & June". A little cliche but a personal song for me. I think you'll like it.

Anyways, take care, have a great holiday, and I look forward to seeing you out in 2019. Schedule is being updated as I type this.

Todd heads back into studio - 3 new songs expected in 2018

In February, I headed back to Drum Farm Studios in Wisconsin to start working on new music. The songs are songs I have been playing for awhile now and being able to build the songs and bring new life to them has been awesome. The latest day in the studio was spent with John Richardson, Matt Kirkwold, and you friend and mine, Benji Conklin.

Next steps is to finish my song "Made Me A Man" and then re-release the 'Doin' All the Wrong Things Right' EP with Made Me A Man as an additional track. The EP will also be available on all streaming outlets (Spotify, Apple Music, Pandora).

I look forward to getting this new music into your hands and I hope you enjoy listening to it, as much as I enjoyed creating it. 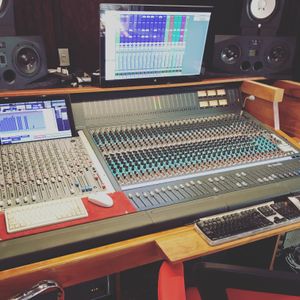 2018 is already here. It's crazy to think of what all happened in 2017 personally and musically. Life takes control sometimes and that's what happened in 2017. New music was put on the back burner so I could get through some personal changes, getting out to some of my favorite bars and towns was also scaled back from the same reason. On top of that, my music tastes took a big hit. Some fantastic music was put out in 2017 that blew my mind away, such as Jason Isbell and the 400 Unit's album 'The Nashville Sound" or Will Hoge's "Anchors". I was also reminded of artists that I've listened to for years, just how amazing they are and how much their music means to me such as Sunny Sweeney, Pokey LaFarge, Butch Walker, Eric Church, Dierks Bentley, Brooks & Dunn, hell, 90's country in general, Hank Williams, and, most importantly to me, American Aquarium, led by BJ Barham. BJ Barham's solo album "Rockingham" might have single handily saved my life and seeing him play a solo show in Minneapolis in the summer of 2017 made me realize songwriting is a soul cleanser.

I spent a lot of 2017 not even looking at a guitar and loathing playing music for you, my fans. Of course, every time I hit the first chord the love would immediately come back for a few hours, but then it was back into a hole. All of that came to a head in October when I had unexpected back surgery and I just gave up. I wasn't myself after.

Now that I brought the party down, let me try and bring it back up. 2018 is the year of new music, new singles, more shows and in more places. The goal is to hear more from me and it starts now. I plan on releasing a new song "Made Me A Man" digitally and it will be available for purchase or streaming. Each month, I plan on posting videos or demo's of songs I wrote in 2017 and as we move into 2018. And the last part of a new year is that I will be coming to cities all over the midwest. I've already started booking some shows back in my hometown in Indiana and look forward to getting out and meeting a lot of you who I've only interacted with online. It's going to be a great year, a promising year, and most importantly, the best year. 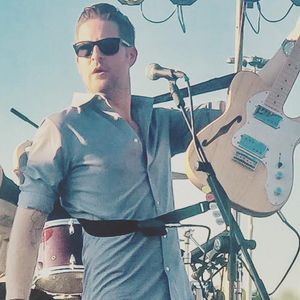 All shows are from 6-8PM and are free shows.

See you all soon and thanks for saving the lakes!

Want to stay up to date on all Todd Hurst news and announcements?  Join the mailing list today by signing up here and get an automatic download of Todd's unreleased song "When My Eyes Opened", which was performed live at the US95 studio's in Worthington, MN.

Todd to perform "Nineteen" on local TV show "Game On!"

Todd will be performing "Nineteen" on this Sunday's episode of "Game On!", a weekly Minnesota sports & entertainment show.  The show was filmed on location at Birch's Brewhouse in Long Lake, Minnesota.  You can catch Todd at 10AM CST on WFTC My29 this Sunday, January 3rd.  To check out details of Game On!, visit www.gameontvmn.com. 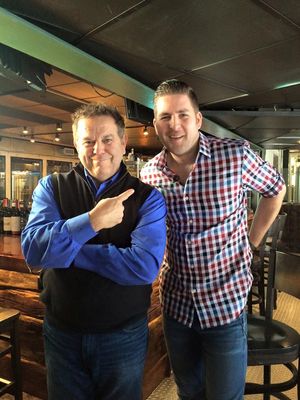 I hope everyone is having a fantastic holiday season so far.  Just wanted to update you all and let you know we're working on 2016 shows and will be working on some new music real soon.  I'll give you all more details as we get closer, but keep checking back for updates and for Christmas deals on merch!  See ya soon!

Hey y'all, I hope you've enjoyed your holidays so far.  As you know, today is Small Business Saturday and I have 3 ways you can get in on the action:
1. Head over to my store and pick up the 'Doin All The Wrong Things Right' bundle, which includes my EP and a bunch of other goodies.  You'll also get some goodies in your email upon purchase, but those are a secret.
2. VisitRecordStoreDay.com and find out where you can go support your local record store and get a ton of awesome deals.
3. Sign up for my mailing list, get a free download of 'Catch Up To You' AND other goodies in your email upon signing up.

Being a small business owner myself, I view today as a great day to support local businesses in your community, but also a way to get ahold of some awesome music at a low price and support the artists you love.  Have a great day and see ya soon! 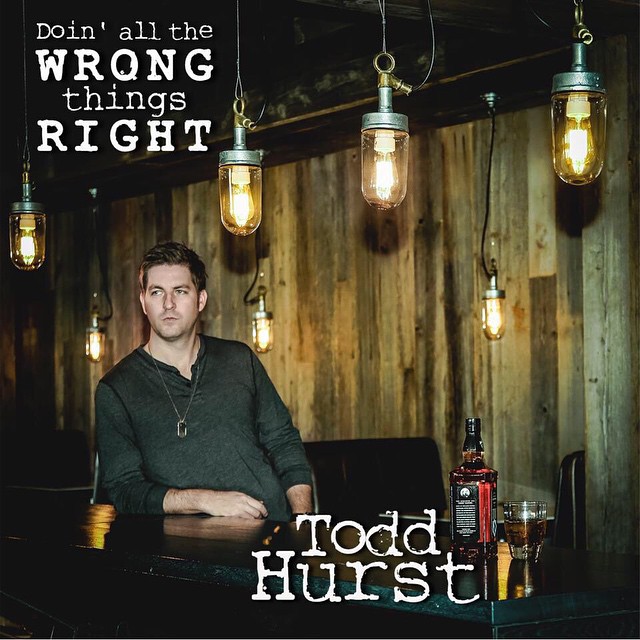 The day has finally come, BOB FM's 'Minnesota Country Salute vol 2' is now available at several Wendy's locations the Twin Cities and surrounding area's.  Visit www.dothebob.com for a full listing.  This years CD features several local artists, including Todd's track 'Nineteen', as well as songs from Chris Hawkey, Maiden Dixie, The Plott Hounds, Kat Perkins, Levi Pelzer, and many more!.  You can only get this CD at your local Wendy's and it's only $10.  All money helps support local military families. 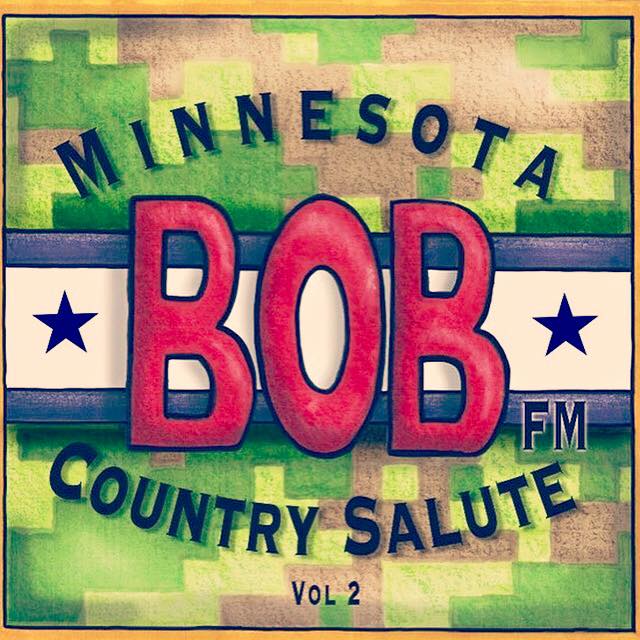 100% of the net proceeds go back to military families through Tribute To The Troops - MN and the Minnesota Military Family Foundation.  There will be a LIMITED number of CD's printed and once they are gone, they are gone.  Make sure to get your copy right away at all area Wendy's Twin Cities locations! 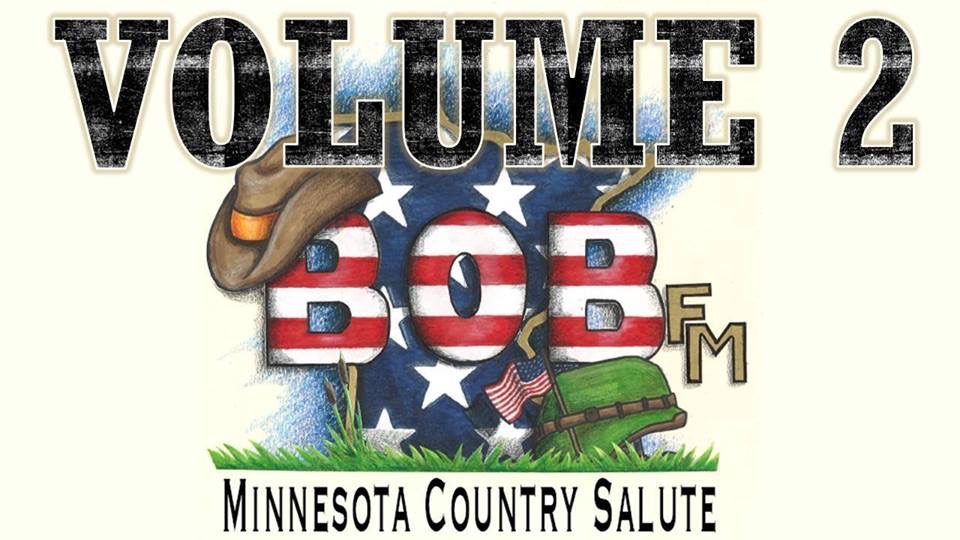